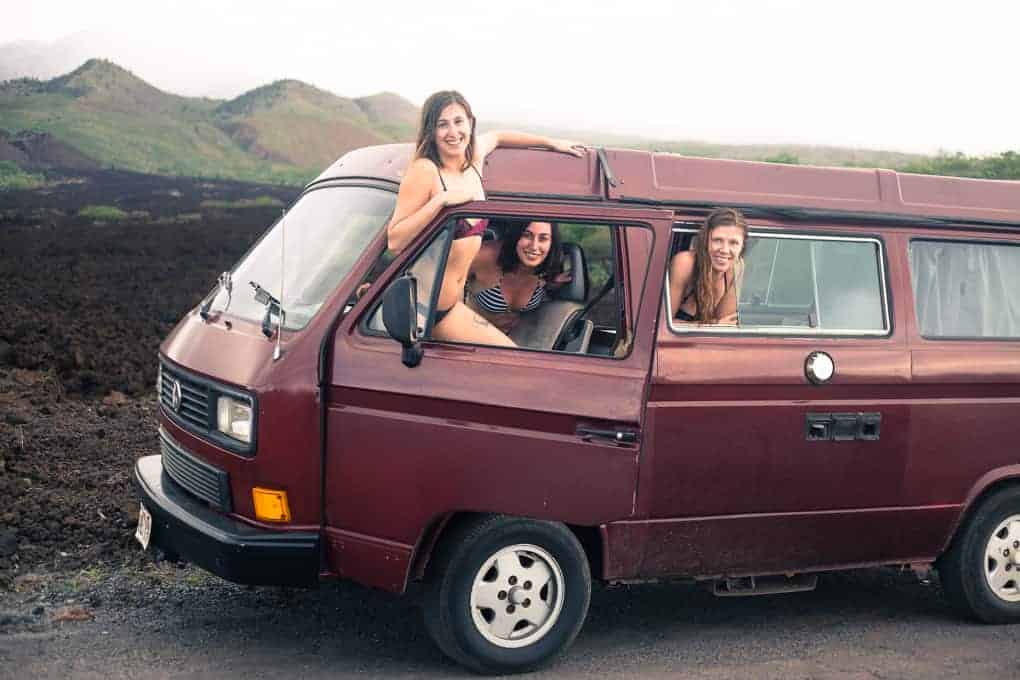 As part of my decision to travel somewhere every month since September 2016, I went with three girlfriends for a week on the Island of Maui, Hawaii, in late January 2017. These are the photos and tales of my Hawaii adventures.

The sand was so cold and slippery under our butts. The dark granules found their way onto our feet, inside our shoes, between our toes and under our nails. The wind wreaked havoc on our hair, causing loose strands to go flying every-which-way, obstructing the desolate view in front of us. As La Perouse Bay stretched itself before our eyes, unravelling the mounds of broken flesh and discarded earth spilling into the bluest water, we understood: not everything that is beautiful is also pretty.

As we made the drive into La Perouse Bay that morning, Laura's hand gripping the steering wheel to compensate for all the twists and turns, we kept our eyes glued to the scenery outside.

"I guess they're going through excavations?" Alizah asked.

"I'm not sure... Looks like there's a lot of digging around." Meredith said, perplexed.

We just couldn't get it - what treasures could lie underneath this desolate piece of earth, this secluded corner of the world that would justify turning the landscape into a child's sandbox? Bringing in diggers and raping the virginal landscape at every corner, upheaving terracotta-red soil and rocks onto itself? What could they be digging for in there, as Tom Waits would have asked?

And then we understood.

It wasn't some external source that came and dug up La Perouse Bay. The Hawaiian Archaeological Society didn't just decide to look for hidden treasures underground one day, and figured that if they are anywhere, it would be in the furthest tip of the island. This was no human hand that turned La Perouse Bay into a giant sandcastle.

Instead, La Perouse Bay was ravaged by Maui's most recent volcanic eruption. Scientists estimate that in 1790, Haleakala last awoke from its slumber in a violent display of prowess, spilling its guts all around the red ground, upturning rocks and creating craters. It created the jagged shoreline out of a'a lava rocks, which native Hawaiians then used to build their homes in the area.

Driving to the southern-most tip of Maui, we looked around at the terrifying beauty of nature, and realized its raw power.

And then we went to grab drinks and make goofy faces. Because, vacation.

Come back next week for more Maui stories! You can read more about my Maui adventures here, here and here. 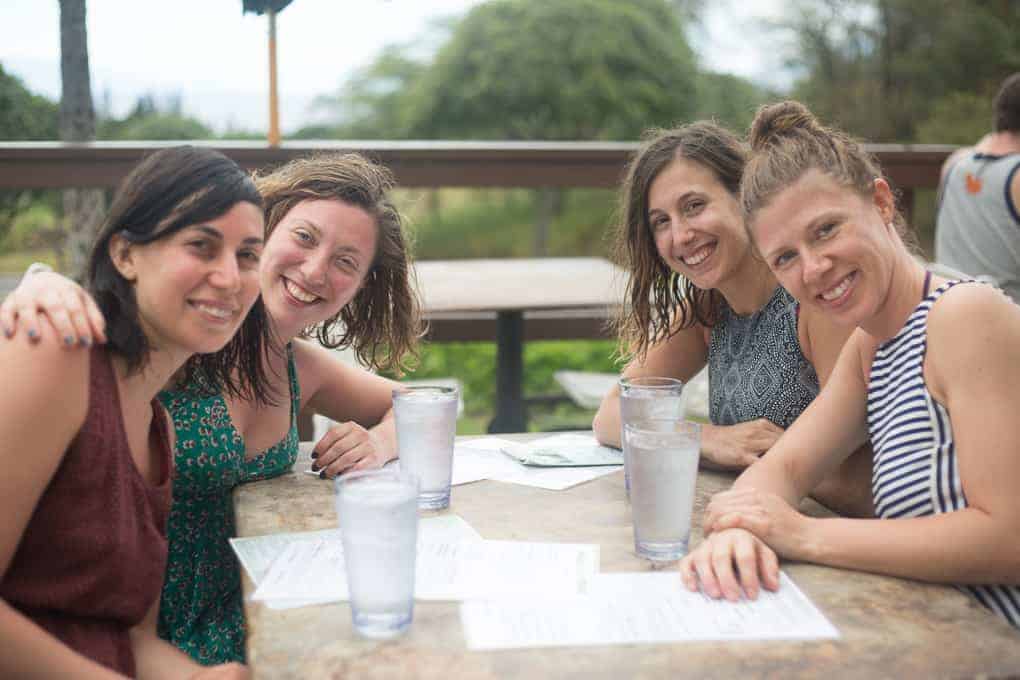